Pippi Longstocking is the main character of Swedish author Astrid Lindgren’s series of children’s books, which were first published in 1945. In Swedish, the character’s name is Pippi Långstrump, which was chosen by Lindgren’s own daughter, Karin, at the age of nine years old, just like Pippi. Lindgren wrote the story in response to a request young Karin made to have a get-well story one day when absent from school with sickness.

Longstocking was a particularly new character seen in Swedish children’s fiction in 1945, for she defied what was “normal” and deviated from the rules of what was deemed “good” behaviour. She is a Swedish, red-haired, freckly and unconventional girl who possesses superhuman strength, and has become symbolic of ‘children’s dreams of power and independence,’ (1). She is unpredictable, playful, and loves to make fun of adults who she perceives to be unreasonable. Pippi has consequentially been a cause for debate since her creation. 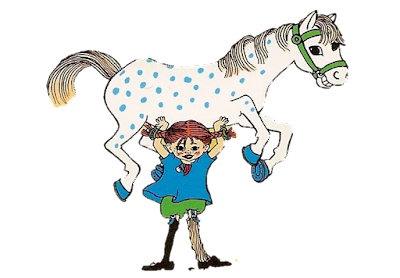 As a young female character published in the 1940s, the traits Pippi Longstocking possesses make her not only unconventional even by today’s standards, but particularly for her time. The multi-dimensional character has since been held up as a role model for girls both in Sweden and internationally, particularly for gender equality.

In conservative states and dictatorships, the anti-authoritarian Pippi Longstocking has been censored, having caused controversy in the face of authority. In the French translation, for example, one third of the story was omitted, where Pippi’s behaviour was seen as too “delinquent” for children’s books. In post-war France, the law in 1949 stated that publications destined for a young audience must not depict negative traits such as lying and stealing in a remotely positive light. As recently as the mid-1990s, a Swedish social commentator argued that the ‘Pippi cult’ had had a ‘highly detrimental effect on both school children and pre-school children’ in Sweden.
However, Pippi breaks away from the post-war conventional girl, who her friend and neighbour Annika resembles. While Pippi is portrayed as a unique character, Annika and Tommy are incredibly stereotyped in their gender roles. They represent the traditional models of femininity and masculinity that children have been expected to identify with. Yet, Pippi demonstrates nurturing and authoritative qualities at a particularly young age, which defies not only the typical gender roles of both men and women from the era, but also the expectations and capabilities of children. At nine years old, Pippi lives as an orphan, having lost her mother as a baby, and her father, a ship’s captain, who fell overboard in a tragic sea adventure. One might expect this beginning to treat Pippi as a victim of a tragic tale, but Pippi strives for the opposite. She is not depicted as a young woman dependent on a masculine, paternal or fraternal figure. Instead, she is independent and competent in caring for herself.
Lindgren was not proceeding from an explicit feminist agenda in creating Pippi Longstocking. Yet, the character has become a source of inspiration in the struggle for gender equality. Pippi is a girl of many contradictions, so whilst she does possess superhuman strength, her qualities imply a much more down to earth character than she seems. In this example, the fact that she possesses such strength as a nine-year-old girl is one incredible contradiction, as it was uncommon, particularly for a young girl, to be so willing to confront others and stand up for themselves in the 1940s. Whilst Lindgren may not have set out to create a self-identifying feminist character, the qualities that Pippi Longstocking possesses reflect the values associated with who would be deemed a feminist today. Pippi is an exciting character for children because she breaks with conventional ideas about how girls should behave, and makes fun of adults’ gender roles in the process.


Pippi’s unconventional, gender non-conforming behaviour makes her appeal to both girls and boys. Ramona S. Frasher conducted a study to determine the likability of Pippi Longstocking received by boys in comparison to girls. Frasher’s following table of results reveals that the boys chose Pippi as their “liked best” character, despite identifying with Tommy.

The girls “liked best” Pippi but (marginally) identified more with Annika. Frasher argues that Pippi’s likeability amongst boys is a result of her typically masculine behaviours, which boys identify with, as they’ve been socialised to believe that ‘"female" qualities, behaviours, and interests are of little value in a masculine-oriented society,’ (7). This also suggests that boys don’t necessarily reject fictional characters by gender, but by traits or characteristics. This mutual liking of Pippi Longstocking adds to her success as she reaches a wider audience to entertain.

Pippi has become a role model in the women’s movement. Her character represents those which some adults encourage children to be: strong, brave, fearless, funny, rebellious and defiant (traits that male characters are continuously portrayed to possess). The fact that such character traits are increasingly tolerated has meant that many girls today are less confined to the old-fashioned expectations placed on them.
One issue, however, may be that Pippi’s liberating influence places unspoken pressure on girls who do not possess confidence and fearlessness like Pippi, which may be cultural. They may identify more with Annika, who is always well-behaved and well-dressed, the quintessential image of a girl of the post-war period. She is often referred to as ‘Dreary Annika,’ (8), and used as a cautionary example in Sweden, for being passive and unadventurous. It is, however, empowering to have different portrayals of female characters. Pippi’s greatest struggle is to find where she belongs. When things don’t go well for her at school, she says "You understand, Teacher, don't you, that when you have a mother who's an angel and a father who is a cannibal king, and when you have sailed on the ocean all your life, then you don't know just how to behave in school" (4.56). Pippi attempts to fit in by taking out her trademark braids, and dresses up in what she perceives to be appropriate attire for a coffee party. She is ridiculed, but Pippi re-establishes herself as the local genius who is to be both feared and revered when she rescues two boys from a burning building to the cheers of the townspeople. When she declares in the very last line, "I'm going to be a pirate when I grow up. Are you?" we see Pippi come to terms with her contradictions. She may not always fit into society, but she will always be herself. Here, Pippi acknowledges herself as “other.” As Pippi lives self-sufficiently alone, she represents those who do not abide by patriarchal constructs of the nuclear family or heteronormative married life. 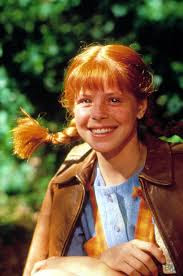 ‘Pippi queers children’s literature,’ argues Karen Coates (11). Instead of a maternal figure or a paternal influence in the house, Pippi herself provides the influence of both for Tommy and Annika. Her contradictions in gender behaviour and reluctance to abide by any social conventions or constructs illustrates the character as a queer role model, even in 1945. Since then, diversity has been a targeted consideration in many children’s books, but Pippi Longstocking was already representing a community who were othered by society, even in the 1940s.
Through Pippi Longstocking, Astrid Lindgren has created a character who exceeds expectations, gender norms, and has become a role model for children all over the world. Pernille Fischer Christensen’s documentary on Lindgren, Being Astrid (2018), examines a dark time for Lindgren as a teenager that required strength, resilience, and independence as a young woman living in a society that did not encourage deviation from the religious and patriarchal expectations of women. These elements of strength may have encouraged Lindgren’s artistic creations, and pervaded her character’s personalities, particularly Pippi. The Daily Telegraph wrote that Pippi was a Swedish superhero who “would make mincemeat out of Voldemort. Not only that, but because she is so generous and forgiving she would defeat Harry Potter’s mightiest enemy, and then give him gingerbread biscuits afterwards,” (12). Today, Pippi is the queer feminist icon of children’s literature, who continues to be a role model for young people, and a children’s favourite for costume ideas on World Book Day. 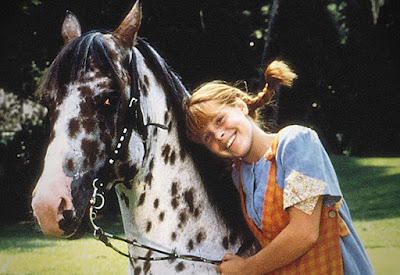