An Ode to Florence And The Machine 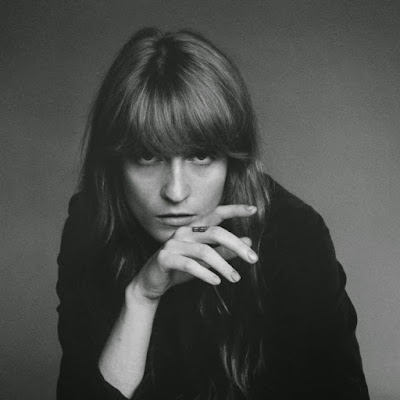 There will be artists that follow you through your life. Florence and the Machine was one who crept up on me and I soon realised she’d always been there, a bit like that peculiar feeling of acknowledging your body separately from your mind for the first time.

My first memory of her music was listening to "Rabbit Heart", driving to school with my brother, blaring it in the car along the M32 in Bristol (he was driving, so we could have it as loud as he could handle). The song reminds me of the budding days of my youth, as my friends started to drink in fields and we all became obsessed with Skins and every girl was trying to be Effy, in long, slow summers that felt as though they had no end. For me that song is effervescent; it so perfectly captures the instant urgency of youth in solitude, all those thoughts and desires cornering you from all angles in a rather manic frenzy. Here I am, a rabbit hearted girl, Frozen in the headlights.

In "I’m Not Calling You A Liar" there sits something more fragile, that in the young girl I was at the time, stirred something about the attraction of a girl’s purring vocals, and gave me a break like a breath of fresh air, as much as a song can. There but for the grace of God go I, And when you kiss me I'm happy enough to die.

From Ceremonials the crown jewel for me is "Only If For A Night", bold and beautiful enough for anyone to feel as though they are in the battlefield scene of a film, or the make-or-break moment of any self-proclaiming trial of ride-or-die love. The song’s eternal build represents an almost endless struggle embroidered with a dream you didn’t have exactly, but could fit over any one that wreaks of desire, just like "Howl". The multiple voices of Florence come charging forward as a force to be reckoned with, yet the choral sounds christen it with the sense of an ethereal guardian angel singing from your shoulder. Something more humble like A Kiss With a Fist launches you into the throws of a first love relationship you can cultivate for yourself.

How Big, How Blue, How Beautiful continues the melodramatic saga in evermore drama-filled philosophising, abundant in mythical and dreamlike imagery. If you haven’t imagined yourself speeding through a rainy night listening to "Queen of Peace" as though you’re on your way to save the world from oblivion then you’re probably listening wrong… maybe.

"Too Much Is Never Enough"... Ah, the somber, somewhat harrowingly nostalgic ballad that can probably bring a grown man to a whimsical moment of a memory he’d long forgotten about. My girlfriend and I would listen to this as early as 8.30am on the tube in rush hour, lipsynching as passionately as possible, much to the bemusement of the suit-clad commuters around us.

The day I graduated I listened to "Dog Days Are Over" on repeat, and I feel the shackles of expectation free themselves from me, which left me standing a little wobbly and unsure in my own life that was all up to me from that point.

And now, in her new album, High As Hope, Florence sings "South London Forever". I listen, living in South London, with two weeks before moving north of the river, after another year tucked sweetly into bed with the anticipation of a new home to explore, this time with no academic excuse put off the real world for a little longer, at the end of summer. She has the power to reminisce things as though I am sitting there with her, on a rooftop somewhere with a beer in my hand, laughing at everyone else doing things to busy themselves from what really matters. What else could be better than this?

For me, the music of Florence and the Machine in isolation manages to fill a hole that my world doesn’t know it’s missing, most of the time. Her music gives me a weightless position to view the world, a sense of focus powerful enough for me to reach into the deepest corners of my imagination, as though I could be some sort of ethereal presence – something immortal and important. What if one day there is no such thing as snow? Oh god what do I know. Or, just plain little me, in need of an omniscient guardian angel, as such. And I don’t know anything, except that green is so green.

Call it a trick of production studios, a tactic of multi-layered music, of a classical or biblical reference that allows us the relief to feel small. It allows me to feel music and meaning in voids, in vast, empty spaces that are mostly invisible, that I feel an urge to fill but can’t find or create something palpable enough to fill it. Something so mighty and so philosophical, that it’s difficult to determine whether it’s really a “thing” at all.

But that’s exactly what modern life does and needs. Distraction. And it’s everywhere. Florence’s music gives me solace like a favourite book, without the specifics of names and scenarios to feel too unrelatable. I won’t be living in South London for much longer, but I’ve got a song to chronicle the time of my life that I did, when I was twenty-two and graduated and trying to find my feet in a world that feels too big for me. Her music makes me feel like my heart is big enough - maybe too big, too many feelings, too much to feel all at once. You need a big god, big enough to hold your love. But the drum beats and layers stabilise me in the endless momentum of life’s rhythm as it continues to unravel before me and I feel right there as it’s happening.

As she sings, Everything I ever did was just another way to scream your name, I don’t know who she’s screaming for… but I can feel it. Everything I do is just another way for me to scream my love and confusion for love itself and for the world and everything in it. Sometimes it feels like my heart is too big and so strong but too fragile. I feel so full of love but I don’t know where to put it, and modern life just keeps displacing it into meaningless arbitrary whims that aren’t even a fragment of the feeling that inspired it.