The word for woman is wilderness 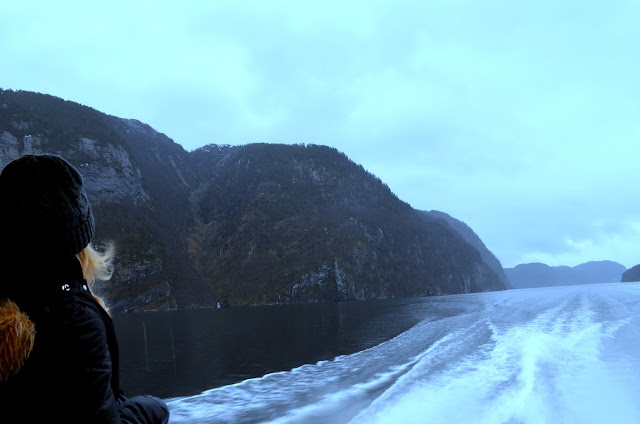 Growing up, taking inspiration wherever I could get it, it was brave characters like Mulan that I looked up to. I wasn’t going to be saving China any time soon, but the closer I got to adulthood the more I would examine the qualities that characters like Mulan had, to get through each day as best as I could. A lot of the time I would identify with male fictional characters, because they would have goals or personality traits that I identified with, or wanted to develop myself, and I never really thought much about that. Mainly because, well, those attributes are often seen as male.

Most of the time it was because those characters possessed the desire for adventure, something I always had. At weekends, when my brother and I were younger and my mum was a single parent, she would take us on hikes and bike rides on long days out where it felt as though we were the only people around for miles. Both of my parents came from Devon, so we were never too far from the ‘great outdoors’. I was lucky to be able to travel as often as I did too, most often to the French Alps and the Swedish lakeside forests. I was also obsessed with Lord of the Rings in that period of my life, and fell in love with any landscape that might have resembled Tolkien’s imagination. (I even took up archery with a friend on Sundays).

The sad thing is, at that time, I didn’t consider it to be a gendered thing to feel that way about nature or my imagination. I didn’t know what it meant to be a ‘tomboy’, I just knew that I was one by the way I dressed and what I liked. This isn’t a ‘not-like-other-girls’ thing, but I do remember being a slightly wrong fit for every gendered activity, whether it was with the girls or the boys. I regularly wore loose jeans and my brother’s enormous hand-me-down Jurassic Park hoody, forever ripping jeans at the knee by falling over in football games or climbing trees, while a lot of girls in my year were starting to become more concerned with boys and stuff. But I could never quite be one of the boys either.

Regardless, I didn’t really think of “that world”, the one of adventure and the wilderness, as being a male-dominated sphere, until later on. When I think about it now, the famous adventurers that spring to mind, the heroes of the wilderness chronicling their experience of loneliness and introspection or navigating their solitude and survival, are people like Jack Kerouac and Bear Grylls (I was personally more of a Ray Mears fan) – but the point is, I can only think of men who were popularly seen as adventurers.

This is exactly what Abi Andrews’ debut novel, The Word for Woman is Wilderness, pulls into question, but far from the only thing. From the gender politics of Iceland, to the first explorers of space, Andrews explores all kinds of topics, as she offers the adventure narrative from a young woman’s perspective. She does this through her nineteen-year-old protagonist, Erin, who embarks on a voyage into the Alaskan wilderness, ‘a one-woman challenge to the archetype of the rugged male explorer’.

I’ve been reading this book for the better part of a month, carrying it with me everywhere from commutes to coffee shop corners. From the first page onwards, I realised how long it had been since I had read something that felt so close to my own voice, whilst being entirely revolutionary and enlightening at the same time. I even got a bit tearful when I reached the end, which doesn’t usually happen to me with books. Its content returns me to the space of time when I used to read about, dream of, and crave adventure before anything in my mind had become politicised or gendered – that I was aware of, at least. This book pulled me right back to the roots of those cravings. But the best part? It comes through as a genuine woman’s voice, and is a woman’s story. Finally. It even mentions periods.

This is the novel that my childhood yearned for, and I wish I could return to it and read it again anew. Not just for the comfort factor, though – I also learned a lot. It is so well researched, bursting with anecdotes and observations that capture a feeling, a sentiment or a milestone in words I wish I could have written myself. Erin’s voice not only conveys her intelligence, but also the immense talent of the writer herself. Abi Andrews writes from her mid-twenties with the voice of someone far beyond of her years.

Sharing a resemblance to Cheryl Strayed’s Wild, it’s not the first book of its kind, and I pray to god it isn’t the last, but my experience of reading this book has been tugging at the child in me, and that child says my god, thank you! It is one of those books that encapsulates the universal experiences of women, and human beings in general. One of my favourite parts is Erin’s commentary on the power of women taking up public space, whether it’s eating alone in a restaurant or reading in a café, to demand that space and reclaim it as their own, instead of creating an opportunity to be accessed and approached by a man. She writes,

“Growing out of the girl and into the woman sitting in cafes alone, libraries alone, anywhere alone, really, without feeling the itch of the out-of-place, displaced, mistaken. With the self assuredness of the intentionally-put-in-place. I am starting to feel that now. A body that says, before they think to ask, no thank you, I am where I intend to be.”

Whilst seemingly an obvious point to make, this really resonated with me. I’ve always loved sharing my own company, and never had a problem with sitting on my own in public places until I began to grow a bit weary of being approached by unwanted company. It shouldn’t be something we have to lose for the sake of comfort and safety. While it is realistic, it reminds us that we cannot only live in fear, but instead must challenge why that fear exists, and how to overcome it, instead of letting it be a footnote to our gender.

"the tundra is always in soliloquy. Mostly it whistles and sings, but now and then the wind will die down suddenly and in the utter silence and still it feels like you are on stage. As though you did not know there were curtains until they just suddenly opened. Then the cacophony of noise again like applause"

It also captures the poetic immensity of nature. This novel has made me think that one day I might be able to write something similar, or set off on a similar solo adventure. It gives me the hope that more and more books like this will be written, but most importantly – it has adjusted a lot of the views I had, finessed them, and helped them into the right places, which makes the bigger picture of the world a whole lot more comprehensible. After reading this book, I am reminded of a quote by bell hooks: ‘I entered the classroom with the conviction that it was crucial for me and every other student to be an active participant, not a passive consumer...education as the practice of freedom.... education that connects the will to know with the will to become. Learning is a place where paradise can be created’.

“I took a last long look, blinking my eyes like they were shutters and I was capturing still photographs of this scene to file away in the far crevices of my mind, the special, self-defining crevices that stay secure and well preserved and accessible for life.”

I wanted to note down my favourite passage in the whole novel, because it was the one part of the book I read that I felt most compelled to read aloud to someone, and not just because it was moving and eloquent. For me, it captured everything that I search for, whether that's in writing, art, or life in general. It is the feeling that comes in moments I know I need to remember, and moments that I hope to find, always. In short, if someone asked me how to describe the way I saw the world, it would be this:

"Everything looks happy and good in pink golden light but the beauty has sadness and sometimes this is difficult to distinguish from sadness itself... There is acute love for the thing then realising that one day one way or another it will leave you or you will leave it or the light will change, but the magnitude of this hurt is itself something that adds to the beauty. You let it enter: permeation, contamination, not-aloneness, shared knowing of this beauty. You grow with it like inosculation, and the sadness comes in knowing that it is so other to you, that it is like tree branches growing first together and then apart. We need this acute sad feeling to make us care about the preservation of otherness. Perhaps then the feeling is more accurately the love of sad beauty. Or nostalgia that has not happened yet."

The Word for Woman Is Wilderness by Abi Andrews will be coming out in February 2018, published by Serpent’s Tail. 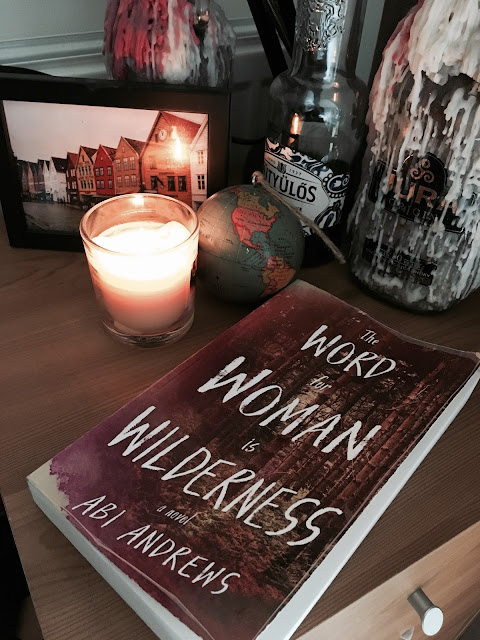