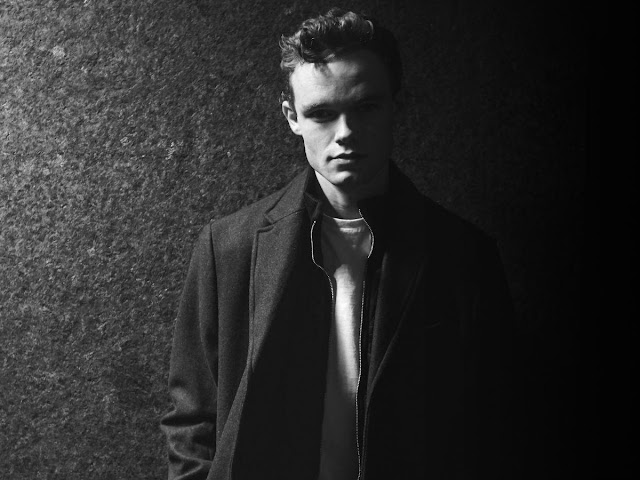 With maturity and tact far ahead of his years, it’s difficult to believe that the exceptionally talented James TW is just eighteen years old.
Only in October last year the young artist, named after American singer-songwriter James Taylor, performed onstage in the intimate setting of Notting Hill Arts Club in London. Since then, it is clear to see that James TW hasn’t wasted a day, committing to his craft with intense hard work and passion, which has rewarded him with a rapidly increasing fan base.

Last night, just a short distance away from the Arts Club, Island Records’ James TW smashed his debut headlining show at the O2 Academy in Islington. Playing his own instruments, paired with his deep, impressive vocals, James demonstrates an incredible range of talent which has gained him snowballing success, both across the pond in the States and now on his home turf in the UK. 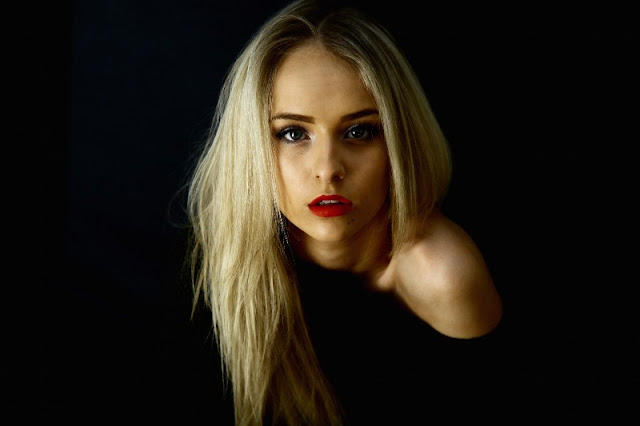 Opening the show is budding artist Paige Monroe, who brings to the stage a set of original songs from her EP, Distraction, which was released today on iTunes and Spotify. She presents a young female perspective in navigating a personal journey through emotions and relationships, while her stage confidence and rapport with the audience is a great catalyst to build the excitement for fans, particularly during her cover of Justin Bieber’s ‘Baby’, which transforms into ‘Beautiful Girls’ by Sean Kingston. She also performs her first single ‘Call it Love’ fresh from her new EP, sampling her wide range of strong, edgy vocals. 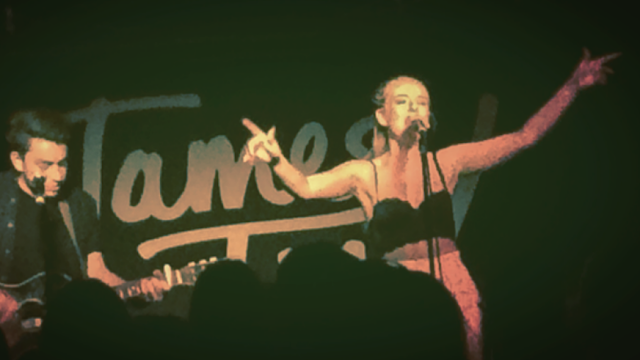 Paige Monroe placing the bar high as the supporting act of the show.

Promptly, at 9pm, James TW graces the stage as fans in the front row raise the roof. To showcase his aptly named new EP, First Impressions, he kicks off his expansive set with the upbeat track ‘Naked’, before taking a moment to modestly commemorate the evening with sentiment as his debut headline show, before playing ‘Sanctuary’. To his delight, the crowd knows the lyrics, and it is clear to see that this is a milestone that James has been waiting for.

He leads us into the next song with a funky guitar riff, using loops to layer the intro and even includes some impressive beatboxing, as the instrumental develops into a cover of Stevie Wonder's ‘Superstition’. He encourages the audience to sing along and the atmosphere evolves as the sounds of his tickling guitar riffs and intense guitar strumming fluidly accompany his groovy vocals.

He then showcases a new song, ‘Record Comes On’, inspired by a Nora Jones album that had sentimental value in a previous relationship that inevitably brings back bittersweet memories, adding an emotional layer to the performance, featuring unique guitar rhythms with a range that spans impressively across the frets.

Next is a crowd favourite, ‘Black and Blue’, and the audience sings James’ lyrics back at him with gusto. He captivates the audience with his cheeky smiles and chiselled cheek bones, before introducing ‘Best I Can’, a slower, emotionally vulnerable number. 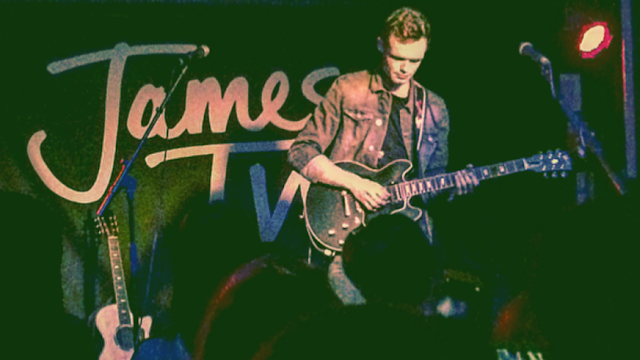 James TW playing on his Gibson ES339 at the O2 Academy Islington, London.

A highlight of the night comes in James’ performance of his tear jerking track ‘When You Love Someone’, inspired by an eleven year old boy whom James used to teach the drums, who didn’t know that his parents were about to get divorced. James wrote the song as a response to the situation, revealing James’ caring sensitivity and ability to write thought-provoking, moving lyrics. The song features gentle guitar picking and catchy lyrics as his silky tones win over the crowd once again.

He then moves onto the piano with the confidence-reassuring tear jerker, ‘Different’, inspired by a girlfriend who would often struggle with trying to find her place and is always attempting to change her appearance. Remaining on the piano, as the crowd use their phones to illuminate the crowd, James then plays ‘Time’, a nostalgic number about growing up, as his deep vocals and eclectic piano notes resonate through the room: There is still that little boy inside of me… Growing old won't take those dreams from me.

Next comes ‘For You’ with its slightly heavier backbeat accompanied by the clapping crowd. He demonstrates his impressive high pitched vocals as he sings I'm falling for you and gets the crowd to sing along in two parts, as two girls hold up a flag to say they came from Sweden just to see James TW perform. 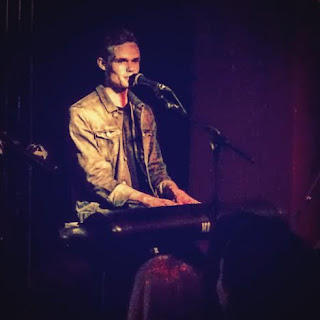 After an impressive cover of Natalie Imbruglia’s ‘Torn’, he then goes into 'What's His Name', a frisky, funky sound with a moody edge of jealousy. He alternates his vocals between broody frustrated tones and high pitched tantalising harmonies, similar to his penultimate track, ‘Invisible’, featuring his gritty vocals as he sings I'm not a ghost, combined with high pitched harmonies: can you look in my eyes?

James TW closes the evening by returning back to the beatboxing and bluesy guitar notes being looped in the Ed Sheehan-esque ‘10K Hours’, expressing the struggle to juggle his school life and music: I don't wanna stay in school ‘cause I'd be better off putting in 10,000 hours doing what I love. He includes a dreamy, jazzy instrumental solo on his electric guitar as the crowd claps along.

To thank his fans for their enthusiasm and dedication, he says his goodbyes with an invitation to meet him after the show, and the floor soon empties in streams of eager fans who head to meet the boy-next-door James TW, evidently an incredibly talented, down to earth singer-songwriter with plenty of excitement and success yet to come.


At the moment, James has been busy supporting Shawn Mendes on the European leg of his world tour, and will be venturing into the American leg of Mendes’ tour in July. Catch a live show or discover new music by getting connected with James TW on Twitter, Facebook and Instagram and be sure to have a listen to his recently released EP, First Impressions, available now on Spotify.