Since their debut single release with “Fluffy” in 2013, with the release of their debut E.P Blush released later that same year, the alternative rock band from North London have been
fighting hard to win the hearts of music lovers, and have been rightfully rewarded with an ever-growing crowd of passionate, loyal fans. On March 27, Wolf Alice brought their touring show for their debut album, My Love is Cool, to the O2 Forum in Kentish Town, London. 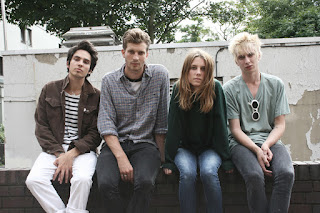 Following performances from supporting acts, Fish and Spring King, the band are welcomed to the stage by a storm of enthusiastic fans, kicking off the show with “Your Love’s Whore”, a perfect introduction to their debut album, My Love Is Cool. The performance sets the ball rolling with thrashing guitars, crashing symbols and beaming lights, as the lyrics, I can only love you more, ricochete around the venue. The crowd is already burning with anticipation.

Next is an angst-fuelled performance of “You're A Germ”, containing feisty guitar riffs and instant clapping from the crowd to set the rhythm, as orange flashes illuminate the stage to create the illusion of sparks and fire while the ground trembles beneath the jumping crowd. The band then ease to their next number, “Freazy”, accompanied by ethereal, pale lighting as the gentle guitar picking resonates over the audience.

It is clear to spot the crowd favourite, “Bros”, when the crowd roar at the sound of the familiar guitar riff. The band ease off the base in the bridge as everyone joins in with lead singer Ellie Rowsell’s soaring vocals: Are you wild like me, raised by wolves and other beasts?

Creating quite the contrast in mood is “Lisbon” with its instant foot-tapping rhythm and thrashing guitars, followed by “90 Mile Beach”, a slower number which successfully maintains the energy in the room with soaring guitar riffs and husky vocals, accompanied by white strobe lighting. Then the deep rumbling of “Silk” is welcomed ecstatically by the crowd, signalling another fan favourite. The harrowing beat of the intro instigates the crowd’s rhythmic clap as Rowsell’s haunting vocals split into fragmented whispers, backlit by euphoric twinkling lights as the lyrics circulate languorously around the venue: Read the news, pass the time, drink the juice, feeling fine.

The husky vocals of “The Wonderwhy” soon resonate over the crowd and the drummer’s shadow stretches menacingly across the canopy. The crowd jump with excitement instantly as the next song makes its entrance with its thrashing electric guitars which roll into a captivating momentum of velvety lyrics layered on top of one another.

Joel’s male vocals steal the limelight as the first line of “Swallowtail” tranquilise the audience, provoking them to sway their phones above their heads, creating a myriad of twinkling lights in the stalls. The mood changes energetically with “Fluffy”, which enters aggressively with its quick rhythm and yelled lyrics, until the lighting turns a passionate red and the whole room becomes electric as the rapid guitar riffs of “She” scatter like bullets flying through the air.  A calming change in pace occurs temporarily until the shredding of “Moaning Lisa Smile” begins, demonstrating the band’s gritty yet euphorically elevated style as strobe lighting splatters over the room and a waterfall of sparks glitter from behind the stage.

The room flips into darkness, potentially marking the end of the show, but the crowd yearn for more, shouting “One more!” as they stamp relentlessly in the stalls; you can feel the anticipation as they claw with raised hands at the beams of light that slowly begin to swim over the crowd.

It takes three crescendos of claps to bring the band back to the stage for the encore, and they return with “Turn to Dust”, the first track on the album. The crowd is lulled into a peaceful lethargy as the lyrics, Keep your beady eyes on me, resonate slowly at a hauntingly soft high pitch and the regular rhythm reverberates through the venue. Streams of light pour over the room as the soft guitar notes of the penultimate song, “Blush”, hold everyone poised with awe. As the slow rhythm causes the crowd to sway, they howl the words with Rowsell’s viscous vocals and the song layers beautifully.

The band says good bye with a final energetic performance of “Giant Peach” and the crowd erupts into a bouncing frenzy to make this final song last. Just when the song seems to be on the brink of closing, a crescendo of guitars thrash and lead into a thundering drum-roll until an explosion of confetti rains over the crowd, soaking them in shimmering glitter, creating the ultimate send off. 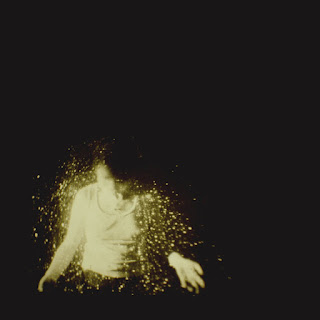 They may be a young band, but Wolf Alice's talent, and their fan base, is growing dangerously. Don’t miss out! http://wolfalice.co.uk/live/
Labels: Gig Review
Location: Kentish Town, London NW5, UK