Where to begin with this midnight mind splurge?

Here I am, in my usual spot at my desk. Time has just ticked into Saturday morning, after spending the latter hours of my Friday evening with my American flatmate with a mug of hot chocolate in my hand (and a mug of green tea in hers), as we sat and read our respective books in a comfortable silence, occasionally leaning towards one another to point out a line we had read that intrigued us in some way. What a novelty it is to so fluidly switch between my real life, on a Friday evening in London, and the lives that eternally exist on the page in the same city, in a completely different era.

I know people can be cynical towards the use of fictional references in everyday life. Believe me, I hear it all the time. As an English Literature & Film student, I’m regularly disappointed to hear mutterings alluding to the fact that my degree is a ‘pointless subject’, in some people’s opinion. It’s hard not to retaliate when such a big part of your life is dismissed as a ‘pointless’ thing. “What are you going to do with that degree?” I’m frequently asked, often with a condescending tone. Isn’t it ironic that the areas of employment most applicable to English graduates are often journalism, advertising, publishing, teaching and social media; all areas that involve communicating with and providing information to large groups of people, near and far, from all walks of life?

People often label us bookworms as ‘daydreamers’ and ‘idealists’ who are ‘detached’ from the ‘real world’, and so on. Well, here we find ourselves at a topic where I believe binary concepts of logic and creativity collide entirely, and here’s why. There are so many parallels between the lives we live and the lives we read about. Call me biased, but I believe that fiction is everywhere. People are forever quoting literary geniuses, whether they know it or not, because the insightful words become so adored by so many that they become household phrases and only the well-read might recognise their origin. Many times I’ve heard my stepdad recite the wise line “People know the price of everything and the value of nothing”, and it was only after finishing The Picture of Dorian Gray this evening that I realised these were Oscar Wilde’s very own words.

Unlike reading, we’re all a little tired of being told that spending an entire day in bed watching a film or binge watching a TV series is “unproductive”, but is it? We feel ourselves connect with words, both in text and visual form, because they make us feel something, or think, or they inspire us in some way, whether it’s through a character we empathised with, or we hope to follow the career path of the protagonist, no matter how ridiculous… (let me just remind you that Leo Dicaprio’s character in The Wolf of Wall Street, was in fact based on a real person).

Events in film and TV are often dramatised for entertainment purposes. I know that and so do you. But I bet we’ve all experienced the post-cinema effect, when the end credits begin to roll and we leave with a light in our eyes, caught up in the mind-set of the main character whose world we’ve just been thrown into for the past ninety minutes. Have no shame in that! It’s a good feeling, and one of my favourites. Problem is, I admittedly feel like that most of the time; clinging to sentiments, wanting to emulate moments that are not so different from a John Hughes film, living with an odd form of nostalgia for moments that haven’t happened yet. Clichéd and destructive as that may be, at least it throws me into the real time presence of moments spent with my peers, whether they see it the same way I do or not.

I’m not afraid to admit now, ten years later, that I used to spend many rainy Sundays with one of my best friends and his dad trekking through a forest in muddy boots with a bow and arrow at an archery club, shooting targets, probably pretending we were in Lord of the Rings or re-enacting the lives of Robin Hood and Maid Marian, as my dad nicknamed me at the time. It seems pretty “uncool” for an eighteen-year-old girl to mention that and how much, truthfully, I enjoyed it. But then Katniss Everdeen comes along and suddenly it’s okay!? I’ve wanted to be Katniss Everdeen since I first read/watched the Hunger Games, but apparently my eight year old self was already getting the practice in, for a day that would never come. (I still love you Jennifer Lawrence, I’m not too bitter…)

It’s easy to say that fiction distances us from reality, but so many of us use it to find solace so that we can comprehend the way we think or feel in our own lives, or to escape. Anyone who has ever taken up writing as a hobby may be familiar with the advice “write about what you know”, which many writers exercise. Therefore, whilst the things we see in films may be completely farfetched and crazy and exciting in comparison to our everyday routines, do not be blind to the human emotions and experiences you tap into in those ninety minutes or so, for they have most likely been inspired by something the writer, an actual living and breathing human being just like you, once experienced. Words are powerful. If they weren’t, why then, were Oscar Wilde’s own fictional creations used against him in court appearances in 1895?

So my answer to the question stated above? I hereby defend all fellow literature students and fiction lovers when I say that interpreting literature and language is invaluable. Through studying the works of writers, both contemporary and from the past, I’ve learnt about politics, history, exploitation, suffering, emotion, sexuality, relationships and so much more. Every day, in both my studies and leisurely reading, I am challenged again and again by the lives of fictional characters and their political environment, their emotions, relationships, actions, or opinions on the world around them, which widens my own mind to the “inexhaustible variety of life”, as F. Scott Fitzgerald once wrote. We readers and writers are forever borrowing translatable words from each other; we all do it. Literature makes us think, feel and contemplate, and therefore it educates us, both in ourselves and the world in which we live.

Fiction, in all of its forms, has contributed to my unlimited imagination that has kept me freely occupied in my own mind since childhood, and continues to inspire me to live an interesting and challenging life, whether it is merely through learning to enjoy and appreciate the silence of my own solitude, or to send me in search of valuable moments like the ones captured in words that I've read.

I am forever inspired by the way people live and treat each other and respond to the world, and the way we learn from observing other people’s lives in different contexts. I am perhaps slightly obsessed with learning about people, and what makes us the way we are. I think it is so important that we learn to continue to be sensitive towards and inspired by the world and every person that we meet every day.

The importance of paying real attention in our modern world that is filled with technological distractions, that demand our attention more and more and cause us to become preoccupied, should not be overlooked. You might be surprised by what you learn from your friends, family and strangers in the street, if you just pay a little more attention to the stories they have to tell, and how they might add to stories of your own. 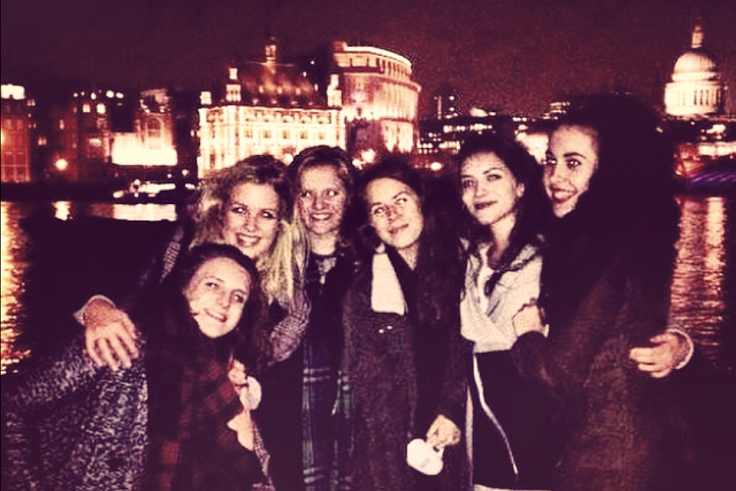